BPA vs. RPA technologies: which one to use for business optimization? 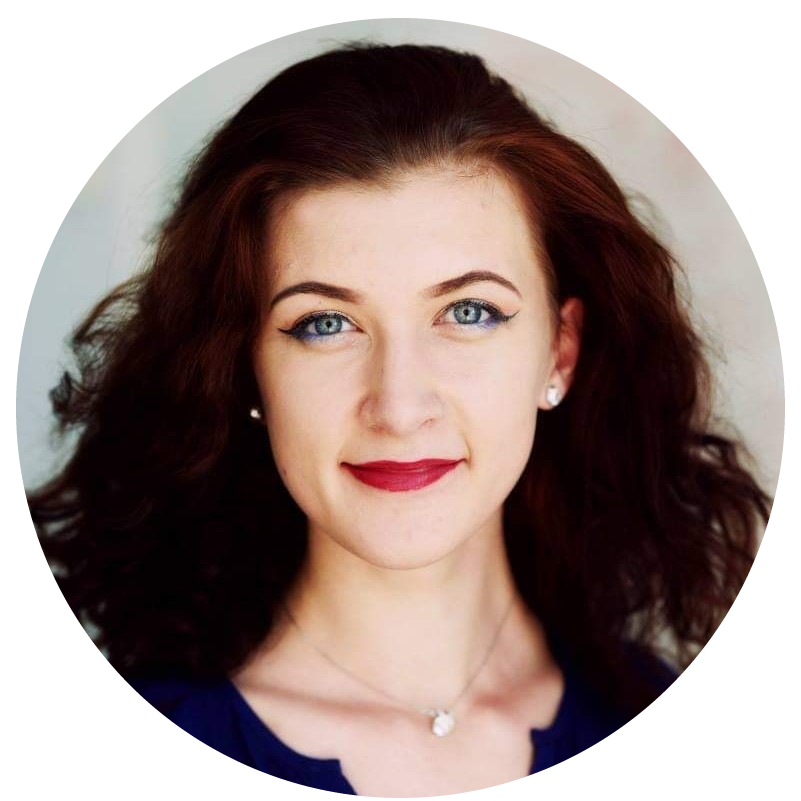 Robotic Process Automation (RPA) is one of the many automation technology terms that are currently buzzing around. Same goes for Business Process Automation (BPA), we've heard of that one way too many times. There is undoubtedly hype around both of them, but is there anything more than that behind it? Is RPA/BPA just a buzzword or perhaps a fundamentally new approach to automation? Let's try to figure it out.

Robotic process automation (RPA) is a set of automation tools based on the usage of various bots (hence, the robotic in the title) and designed to automate repetitive monotonous tasks. That said, RPA is just one way of automating processes with software. What the RPA bots do is interact with business systems and automate various, mostly non-complex tasks. For instance, searching for an email containing an invoice, extracting the data from it and then entering it into the invoice system - basically, just copy-pasting the right stuff into the right fields. Use cases for RPA technologies range from the simplest, such as automatically replying to an email, to more complex ones, involving the deployment of long chains of bots, each of which is programmed to automate a specific task.

However, RPA technologies, at least in their classic version, do not go beyond single individual operations, they can’t automate the whole process or even a branch of it from the get-go. What happens later is that these tasks form patterns, so they get combined into separate clusters and workflows. Only then does the RPA become the holistic process we all assume it is. If you prefer the top-bottom approach for automation, you should use other technologies such as BPA (we’ll expand on that one further on).

RPA technologies are not robots

Sorry to disappoint you but by themselves, RPA bots would not be considered robots in the traditional sense. They do not have the necessary level of intelligence to be subject to, say, machine learning. They can in fact only imitate human actions, but they are not taught how to make decisions. The idea behind RPA technologies originated from the nature of work at customer service centers, where dozens of people are usually engaged with the same monotonous tasks - filling out documents, for example. But if that part of their work was delegated to a bot that can replicate those simple actions, the pressure on human resources, costs, and thus possible errors would have been reduced. This is the ultimate appeal of RPA technologies and tools, as well as the source of their shortcomings.

Pros and cons of RPA technologies

Guess 1: The robot is reliable, it works in unstoppable 24/7/365 mode, does not get sick or leave the job for a better deal.
Truth 1: In reality, the robot can freeze or lag for hundreds of reasons, each of which you will have to discover, unwrap, and fix. The bots also need perpetual maintenance, they are not created as once-and-for-all solutions.

Guess 2: RPA technologies imitate using a human-designed UI to collect data and control applications.
Truth 2: At times, using RPAs may look like automating automation. Just think about it: a program is working with a program with an interface created for humans, on a computer device, trying to simulate a human’s actions. Wouldn’t it be more logical to create systems in a way that the robot’s actions are already programmed into them so you wouldn’t have to do all that jazz of bypassing the human-oriented UI? In this aspect, RPA might be more of a temporary crutch than an actual solution that can improve the system.

Guess 3: Robots do not make mistakes and do not scramble letters.
Truth 3: They do make errors, just of a different kind compared to what a human would make.

Guess 4: A bot can execute several different functions, it can quickly go back and forth between them depending on the context, while we humans can’t switch between tasks as quickly and efficiently
Truth 4: However, such bots can no longer be considered simple and affordable since they must be programmed to understand the context change. Using RPA technologies in such a case might not be the best solution, as a trained worker can assess the circumstances and switch between tasks way more efficiently.

Guess 5: Bots are user-friendly, easy to understand and configure to your needs
Truth 5: This is not entirely true. In order to configure bots you need technical background and basics of programming.

Where can we use RPA tech?

Supporting simple and routine tasks. Usually RPA is several times cheaper than other automation tools. But it is necessary to differentiate the automation of simple and complex tasks. The latter, for example, includes the automation of long and branching-out chains of operations, with non-standardized data at their core. In such a way, for complex tasks, RPA technologies are poorly suited, other tools like BPA might be of better use there.

A permanent "crutch” in an area where full-fledged automation is impossible. For example, for legacy systems that cannot be replaced for various reasons. RPAs can extend the life of the legacy system for the time  being.

A temporary patch for a small issue. RPA works well as a temporary replacement until more complex IT systems are implemented. For instance, if a task runs into a fork and each branch is equally important: one group of people performing the process with one sequence and another group who performs it differently. And while our task might be to figure out how to combine these two parts into a single process, RPA can help in supporting each of the branches in the meantime. The moment we realize how to automate this whole process, we simply remove the bots from the sequence and completely automate it. Thus, RPA can be an effective interim solution.

A cheaper solution if full automation is unreasonably expensive. If the full-fledged automation of the process makes it more expensive, but does not bring an increase in income, it makes no sense to do it. You can't afford to get carried away with automation. Here we need to look for a more affordable compromise solution, which RPA technologies can become until you implement a new, already automated system in a couple of years.

To support flexible and agile processes. When we realize that it takes too much effort to analyze and describe the whole process + it changes all the time, it makes no sense to make big bold automation moves. In this case, we either can use RPA technologies and reconfigure robots in sync with the process change, or we do not implement automation at all.

RPA technologies are good for easy automation - supporting simple and routine tasks, as a more affordable solution, as a temporary patch for a problem, and where regular automation is not possible. But for full-fledged automation, a more systemic solution might be the better fit. It’s called Business Process Automation.

What is BPA and how does it intersect with RPA

Gartner defines BPA (Business Process Automation) or BPM (Business Process Management) as an umbrella term for techniques to discover, model, analyze, measure, improve, and optimize structured or unstructured business processes. In such a way, you can easily imagine using RPA as part of a BPA strategy. If business process management helps to identify weaknesses in workflows, then RPA can be considered a technical or tactical solution that helps eliminate those weaknesses by taking on time-consuming, repetitive tasks.

BPA usually manifests itself as:

Since both RPA and BPA are focused on improving processes and increasing productivity, they complement each other perfectly. BPM and RPA combined are creating a strong impetus for reducing time-to-market and saving resources for top quality tasks.

BPM helps to organize the process of efficiently processing tasks when it comes to complex issues, and RPA helps to identify these tasks. For example, an RPA software bot finds a transaction that goes beyond a predetermined amount. The robot identifies this case and defines it as a task that requires an employee to make decisions. The employee will make the decision based on the BPA workflow developed for them to deal with this specific situation efficiently within the organization.

Some simpler workflows can literally run 24/7 if using a BPA+RPA combo. For example, order processing is not always a simple procedure, performed in just three steps: CRM data entry, creating an order, order processing. In practice, you often have to deal with extra steps, for example entering additional data. For such cases, it is useful to use automation combinations that can carry out these simple processes until your employee comes back and adds the extra steps.

RPA is a perfect tool for repetitive tasks, and it works great when it comes to structured, rule-based actions. But there are exceptions to every rule, and BPA comes to the rescue in these exceptions.

For instance, within RPA, a software robot may encounter a lack of information or an empty field when filling in employee data. The software bot will skip it after determining that it is an exception and continue processing its rule-based actions. In BPA, some of these exceptions can be predefined and premodeled. For example, if any field is missing, an “exception” business process will be created. It will notify the specified user about this, which will help you quickly handle the exception in a manual mode.

BPA is the process of defining a flow or function to improve operational efficiency. However, sometimes tasks arise that can slow down the overall pace of the process, and RPA is better at doing them.

As we’ve seen, an RPA approach aligns well with BPA. RPA technology is basically bottom-up automation; from a single task further to more systematic automation. You "hook" one task to another task, gradually covering the whole process as a whole. BPA technology implies movement from top to bottom, first you look at the process as a whole and automate it as a whole, possibly omitting some individual operations. And then we can start specifying the process and supporting individual operations. One approach does not rule out the other.

Figuring out which approach to apply to your business - top-bottom BPA or bottom-top RPA - can be a hassle. Automation does not have to be a convoluted complicated process, its biggest advantage is that it can fit business needs on many levels and at various scales. At Apify, we have experience with both: drop us a line and we’ll tailor your personal BPA project or try our simplest RPA tools to see for yourself how easy it is to automate tasks on the web. 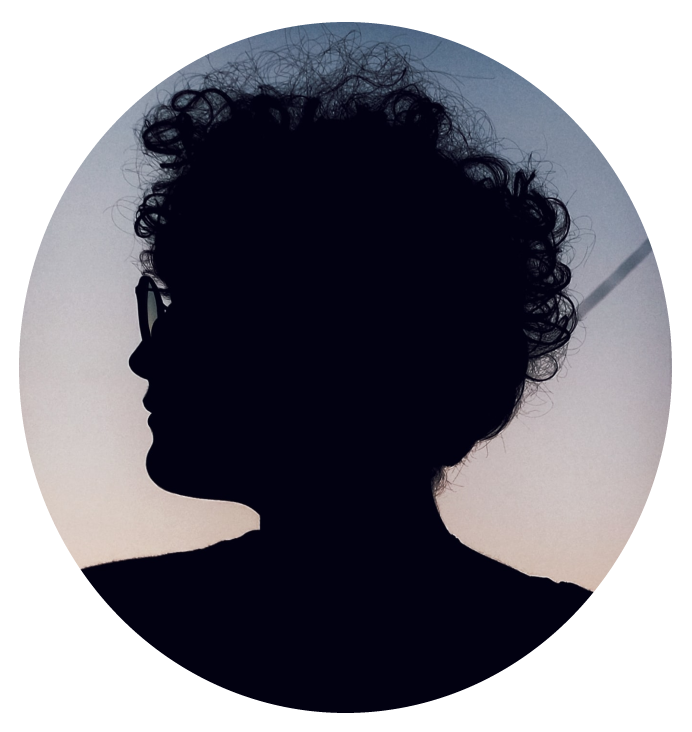 Guest Author
Much of the busy work sales agents engage in on a daily basis can be performed by bots. Discover 6 ways how sales automation allows sales team members to shed the burden of busy work and focus fully on those tasks that really help their companies grow.
6 min read Jul 22, 2021
Fintech

Putting the tech in fintech: RPA

David Barton
Robotic process automation (RPA) is at the heart of how fintech companies are using technology to modernize financial services.
9 min read May 18, 2021
RPA

Save time by automating monthly invoice downloads with web RPA 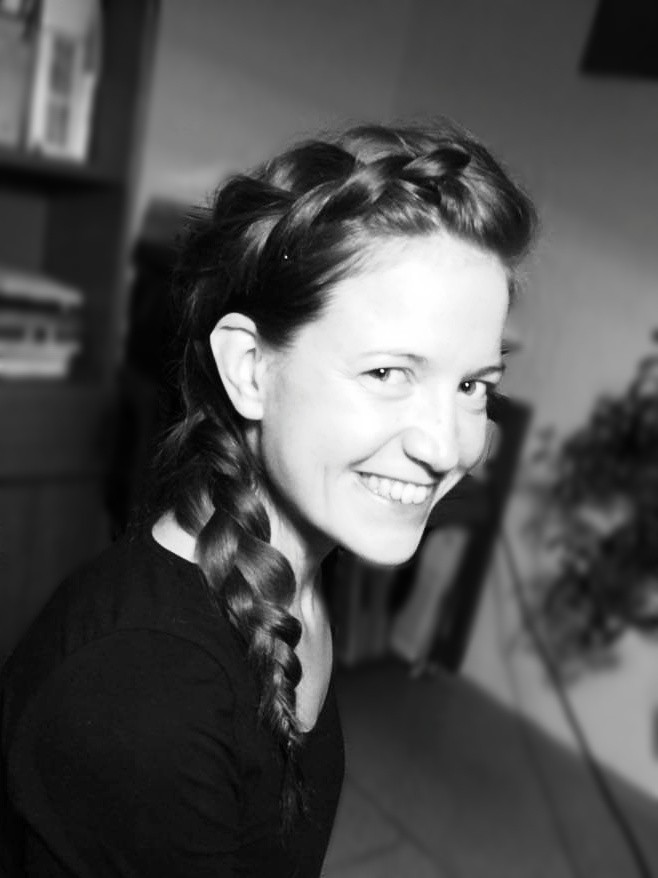 Kateřina Hroníková
Learn how Apify can help you automate monthly downloading of invoices from a website of SaaS tools such as Toggl.com.
4 min read Mar 6, 2020
Great! Next, complete checkout for full access to Apify
Welcome back! You've successfully signed in
You've successfully subscribed to Apify
Success! Your account is fully activated, you now have access to all content
Success! Your billing info has been updated
Your billing was not updated