For International Women's Day 2022, we look at the gender bias that women in tech still have to deal with and talk about how IT companies can help make their workplace a better place for all their employees.

As a copywriter and an outspoken feminist, I feel humbled and intimidated when asked to write an article for International Women’s Day. On the one hand, I am honored to get a platform and a voice to express my ideas and point of view. On the other, I am daunted by the difficulty of finding new angles on a topic that has been discussed for centuries.

What new perspective can I offer as a white woman? Everything has been told and repeated a billion times. Some readers will find nothing new in my words. Others don’t see the need for this kind of article anymore. “You’ve got your equality, enough with the feminist rants already.” Let’s see if I can make this one count.

We have been celebrating Women’s Day since the early 20th century as part of the Socialist movements’ initiatives in Europe and North America, while the March 8 date was set in 1917 in Soviet Russia after women gained suffrage. We march, we chant, and we celebrate women’s achievements (we are still shamed for our clothes and behaviors, we can’t always decide for our own bodies, we are still the primary victims of violence and abuse, we are paid less for the same jobs and we are still discriminated in leadership roles, but at least we can vote and we have the freedom to raise a family and work at the same time).

And yet some feminazis (yours truly included) can’t seem to feel satisfied by this yearly celebration-and-flower routine. Does that confirm that women do like to rant and complain, or might they actually have a point?

Let’s look at where we still have a margin for improvement: women in STEM and the ubiquitous gender bias.

What is gender bias?

Gender bias refers to the different treatment someone may receive based on their gender — real or perceived. This doesn’t only include the overt “I’m a man; therefore I am superior” paradigm but also less explicit subconscious forms of stereotyping and conditioned thinking. And that’s what makes it trickier to spot.

How often have you heard that men are better at driving and numbers? And how many women have been ruled out from leadership roles because men are mentally and behaviourally stronger? (For the record, there is no evidence that biology affects aptitudes and interests more than socialization and stereotyping do.)

The higher number of males employed in STEM, an inequality in itself, causes other levels of gender bias. Medicine, for example, has historically been dominated by men. That caused most manuals and drugs to be calibrated for men.

Women suffer from more chronic pain than men. However, they are also more likely to be dismissed as too sensitive or “hysterical” (the fact that this term for “mad” contains the word for “uterus” in it tells you everything you need to know about why it’s one of my least favorite words). We are either deemed to have too high a pain threshold because of childbirth and menstruation or too low because we are too sensitive. Both cases lead to bad healthcare.

Because of this, doctors are more likely to attribute the cause of a woman’s pain to psychological factors rather than physical, which means less effective medication, more antidepressants, and later or failed diagnoses for women.

Conditions such as fibromyalgia and endometriosis are understudied, women wait years or even decades in indescribable pain and bleeding to be diagnosed (if ever) and are often called crazy for their reaction to pain (which is a pain similar to what you would feel if someone would stab you with a large knife and turn it around in your belly, for reference).

The consequences of gender bias can range from relatively banal ones, like colder offices, to potentially-deadly examples, such as only-male crash-test dummies, stab jackets, and other protective gear. Studies on exposure-related cancer are based on Caucasian men aged 25 to 30 who weigh 70kg. We know everything about the effects of dust on miners’ lungs but virtually nothing about the side effects of chemicals used in female-dominated nail salons.

Now to all of this, apply the gap between gender identity and sex assigned at birth. Then multiply the result by racial bias (including cultural bias and not only skin color, where a white woman has the privilege of being the norm against which Arab women, Latinx women, Asian women, Black women, Brown women, and Indigenous women are measured). Spice it up with some ageism and ableism, and you can now see the recipe for disaster that is our patriarchal society.

Now back to women in tech — or lack thereof. The low number of women in tech means that smartphones are usually sized based on a man’s hand (which is on average larger than a woman’s hand). But no worries, apparently they’ve already hit the maximum size for men’s hands, so at least it shouldn’t get any worse from here!

If you can’t reach the whole display with your thumb, you may have resorted to voice recognition. But oopsie! Voice recognition is 70% more accurate for men’s voices! The same goes for facial recognition, AI scanning for potential job candidates, and any automation looking at humans.

Siri, Alexa, and Google Home use language models that often contain gender-stereotypical word embeddings and provide users with gender-biased answers. Apple Pay was recently investigated for giving higher credit limits to male users rather than females. Not to mention that most online harm/violence is directed towards women, and it often receives no consequences, even after reporting. Algorithms are written by people — and it shows.

If it’s only made by men, there’s going to be a woman-shaped hole in the knowledge passed on to the machine (and this is only considering a binary man-woman gender system instead of the actual gender identity spectrum).

So why aren’t there more women in tech? Well, it’s not because women are biologically non-inclined or spontaneously uninterested in the field. It’s not because our hormones or natural disposition want human contact, and tech gives little of that. It’s not because of our pregnancy-related life plans, either.

Studies show men and women study tech subjects in equal numbers, and women actually get higher grades on average. It’s in the workplace that things seem to go south — starting from the interview process and continuing in workplace discrimination.

What are the next steps?

Gender equality is probably still going to take a few generations to reach. However, there are steps that we can take in the meanwhile to start bridging the gender gap in the workplace. Here are the main ones:

Most gender bias is unconscious. It’s so deeply rooted in our social structure and ourselves that it’s hard to see ourselves as sexist. To avoid smaller chances of employing women and smaller salaries, looking at blind CVs might be a good start. No name, no photo. Just skills.

Tech companies can ensure that a percentage of leadership roles are assigned to women. And before you say “But…”: this doesn’t mean hiring women only because they are women. It indicates that statistically (look at how I can use numbers), once we established there are as many girls studying tech subjects as boys (and they are just as good), there are bound to be as many good women in tech as there are men. Tech companies just need to commit to finding them.

Invest in your workers’ education

There are professionals specialized in diversity, equity, and inclusion in the workplace. Let them advise you on making your company more woman-friendly, and let them train your male employees on how to avoid bias and stereotyping.

Plainly put, women are less likely to ask for a raise because they were taught not to believe in themselves. When they do ask for it, they are less likely to get it. As a leader, it’s your responsibility to make sure your female employees are paid as much as men. And again, a DEI specialist can help you!

Apify places itself within both the US average and the EU average when it comes to women’s employment in tech, with about 25% of female employees in the IT industry. This is way above the Czech average of 10% of women workers in IT companies.

Apify is constantly striving to improve these numbers through a conscious interview process and various collaborations with the purpose of increasing the numbers of women in tech.

Part of these efforts resulted in the cooperation with Czechitas, a non-profit organization that works towards gender equality in IT. Czechitas organize training programs and courses in web development, testing, and data analysis, among others, for women and girls. Their activities are sponsored by various IT companies and organizations, which helps reduce the costs of attendance. Czechitas help their members and graduates get into the IT workforce through sponsors and their network. Many Apifiers were recruited through Czechitas, and even more of them hold courses for their members.

Conclusion: still a lot of work to do

Both Apify and the world still have a lot of work to do to bridge the gaps and eliminate gender bias. This doesn’t only apply to IT, but to all aspects of life. Although it’s clear that the obstacles to overcome are many – especially for those experiencing overlapping forms of oppression and discrimination – I am confident that the day will arrive when our great-granddaughters will feel welcome and equal in the world they live in. Until then, I am proud to be working for a company committed to making change happen. 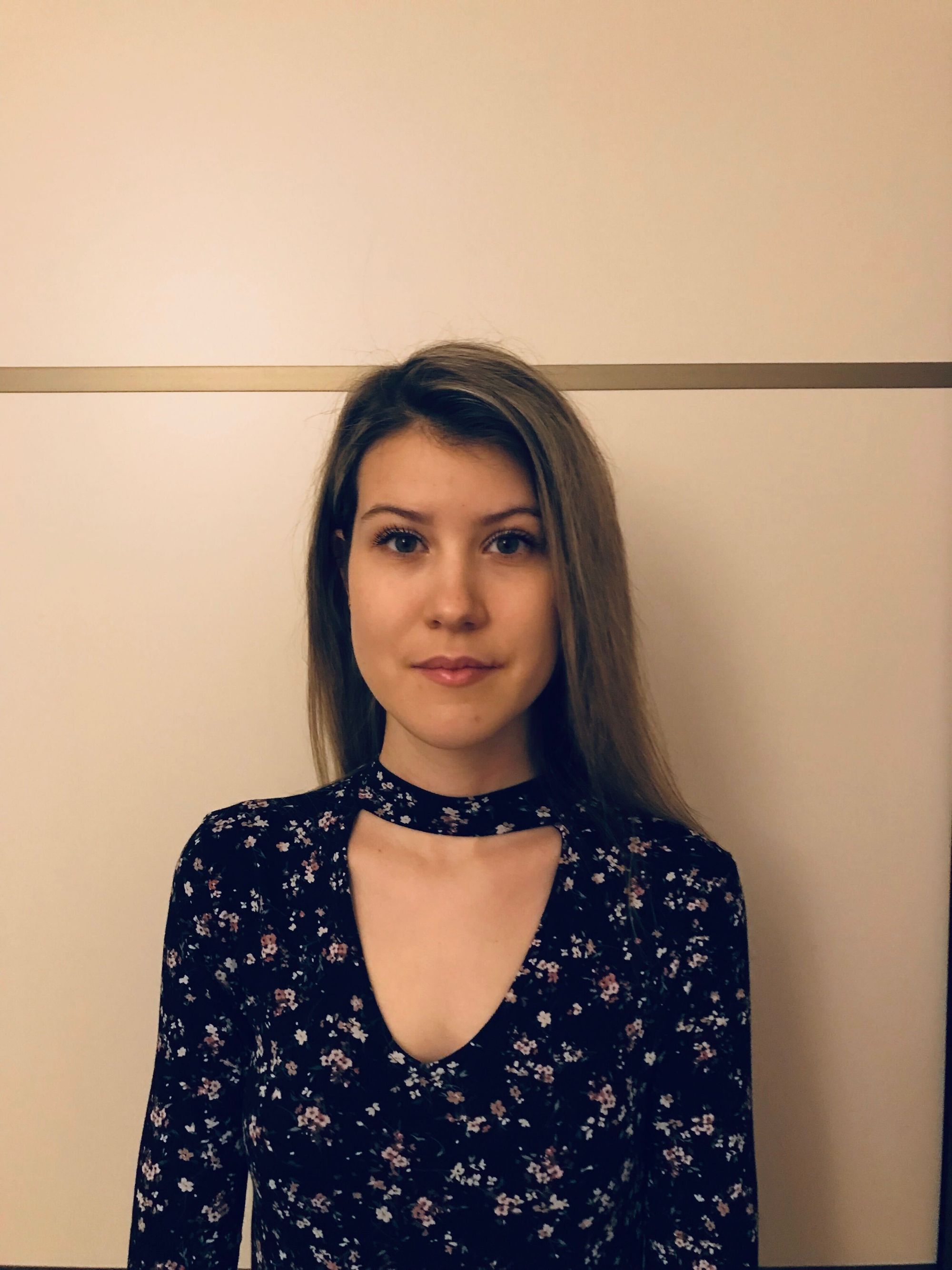 Jana Michalovova
Jana was the first woman to join Apify in November 2018 and since then she has had four different team leaders and succeeded in several roles. Here is her journey.
5 min read Mar 11, 2022
Careers

Sorting through CVs with two kids and Molly the dog

Natasha Lekh
Many roads can lead to a career at Apify. Think you don’t have the right background or experience? Think again.
4 min read Jun 29, 2021
Great! Next, complete checkout for full access to Apify
Welcome back! You've successfully signed in
You've successfully subscribed to Apify
Success! Your account is fully activated, you now have access to all content
Success! Your billing info has been updated
Your billing was not updated